The Gorge, the Gunn, and the Queen

Our half a day paddling in the glory that is Milford Sound had ended, and we had to get back on the road for our last days in New Zealand.

Once through Homer Tunnel (the entrance to Fiordland, where we encountered the Keas for the first time), it wasn’t a non-stop drive. I already told you about the hike to Key Summit, but there were a couple more stops and things to see along Highway 94, a.k.a. Te Anau-Milford Sound Hwy.

One of those places was The Chasm. The ominous name is given to a gorge along the Cleddau River, which, albeit small, offers some spectacular formations:

Yes, that is a tree branch going through the rock. How is that possible, you wonder? It’s quite simple, really. Cleddau River flows down towards and into the head of Milford Sound. On its way, it goes through this granite cleft, currently known as The Chasm.

That has been going on for about a million years (or more like a few million, but who’s counting). During that time, the granite hasn’t really given much in the way of width, which only meant the river would try more vigorously to carve its way through. And this particular river has taken a rather unconventional approach.

There are natural curves and nooks in the rock, pockets of sorts, and in some of those pockets pieces of rock of various sizes were stuck. The fast water would whirl inside the pockets, along with those pieces, scraping rock in rock, around and around, for uncountable amount of days and nights, until the pieces of rock inside would be worn down to pebbles, and the pockets – smoothed out and distended like so many dents left by а toddler in a piece of plasticine. The indentations vary in size and shape and some are not even dents anymore but holes. Thus, the branch in the rock. Simple.

A marvelous example of persistence, I’d say.  And one we did spend some time observing before the receding daylight reminded us we need to settle in for the night as were getting up at 5am the next day.

Another short detour along the 94 is Lake Gunn Nature Walk. There’s a short 1,4 km loop track that takes you through some red beech forest to the lake, along its shore, and back to your car at the Turning bay.  It doesn’t sound spectacular, but it’s definitely worth the time. If you want a couple of days of serenity, there’s also a campsite nearby. 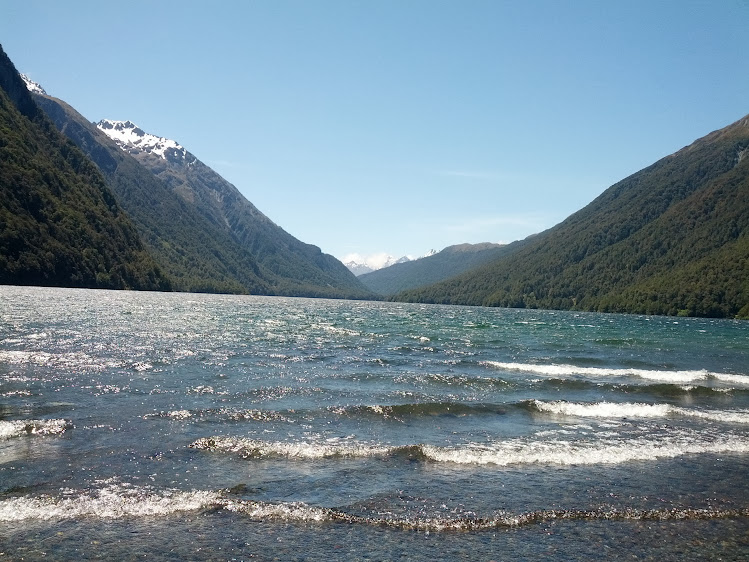 The walk through the beech forest was quite interesting, thanks to the multiple signs about the life-cycle of the forest (which I did not take pictures of and won’t bother you with a retelling). We also saw a lot of native birds in that forest – if you have binoculars, make sure you bring 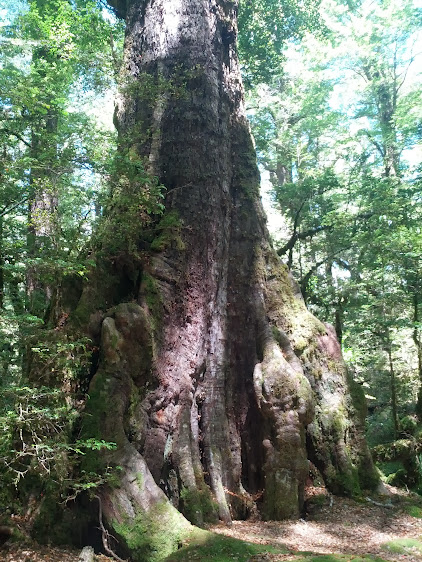 Oh, yes, we saw another bunch of Kea parrots around both places. Something VERY IMPORTANT, in case I haven’t mentioned it before – do NOT feed the Kea. For their own good. They’re pretty smart and do get used to getting food from people, which leads to them hanging around roads and thus often leads to injury and death. There are only a few thousand of them left, so don’t be a brainless tourist, thinking he/she’s being nice to the cool bird. Just let wild animals be wild. Unless it’s possums. Kiwis – both human and the bird kind, but especially the birds – hate possums. They kill native birds and eat their eggs, bringing endemic species like the kiwi to the brink of extinction. Which is why there’s no humour too dark when it comes to possums in New Zealand: 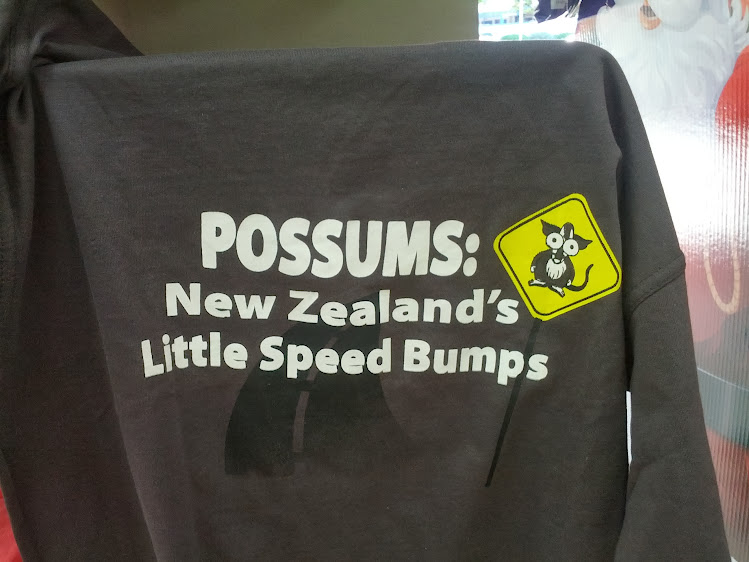 We, driving mostly during the day and possums being night creatures, haven’t hit any of these “speed bumps”, but if you do – don’t feel too bad about it. Think of it as possibly having saved a kiwi 🙂

On our way out of Fiordland, we picked up a hitchhiker. We found it odd that anyone was going anywhere in these parts on foot. Turned out, he only needed a lift about a mile or so up the road where his car was. The same car we saw on our way in, with the protective net over (only now, talking to a local, did we connect the dots between the Keas, the car destruction, and the net). The guy was a base jumper, who had hiked up the vertical cliffs (there was a non-vertical approach to the top, obviously) along with his wife and baby the night before. They’d spent the night at the top. He had just landed, shortly before we met him, after having jumped from a dizzying height into this secluded valley with very little traffic going through. His wife was hiking back down with the baby and waiting for him somewhere on the other side of the Homer Tunnel.

And speaking  of adrenaline junkies, it just so happened that our next destination is the New Zealand capital of adrenaline and extreme sports – Queenstown. In fact, if you’re not planning to skydive, mountain bike, bungee jump or anything in that vein, you’d probably be bored with Q-town sooner rather than later.

Unfortunately, we didn’t have enough time to stop for more than a night – although it would have been cool to finally do a bungee jump and even more so from the first commercial jumping bridge in the world – but after already having rowed for over 13km, walked through an overgrown beech forest for an hour, and then driven a few more hours to get to Queenstown with some daylight to spare, we were more than ready for a beer or two. 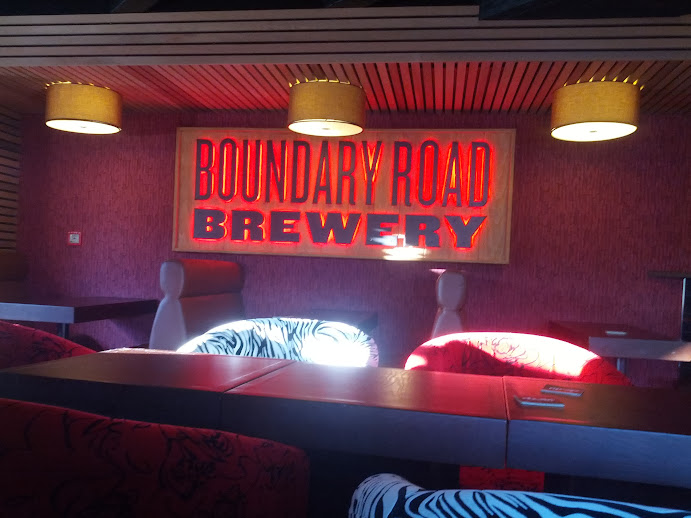 Luckily, this was the bar we decided on, which happened to carry some whimsically named local beers, which also happened to be quite good. I’ve misplaced my beer-tasting notes (no, I haven’t, didn’t really make any notes, haha), but I did think to snap the wood plank beer list: 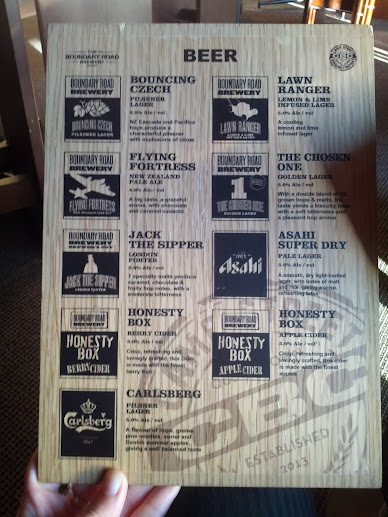 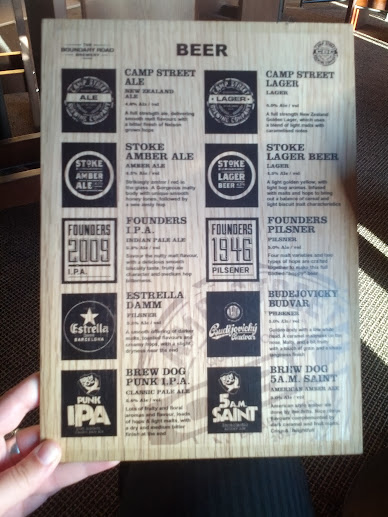 You can surely spot the local ones without any more hints. I’ll just say this, I’m looking forward to having another Jack the Sipper soon!
Queenstown is situated on one of the bends of lake Wakatipu. The lake offers some spectacular views before you even see the city in the distance.

The city centre is bustling with visitors throughout the day but especially in the evening, after the adventures of the day have come to an end. If you want to get away from the crowds, get on one of the last rides of the Skyline gondola and take a stroll through the park at the top. 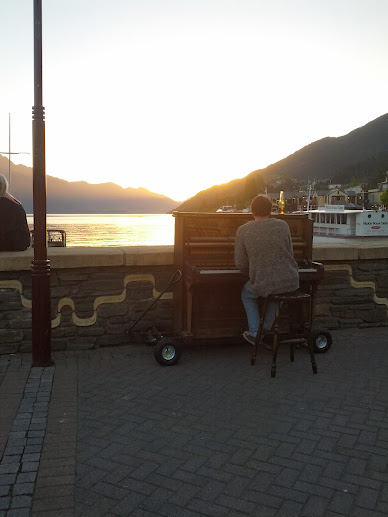 the pedestrian zone closest to the lake offers plenty of entertainment

to just plain sitting on the pebble beach, enjoying the sunset… 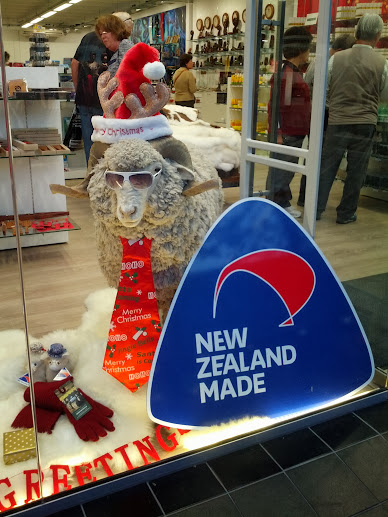 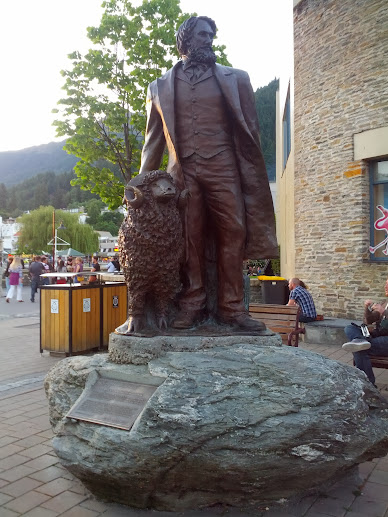 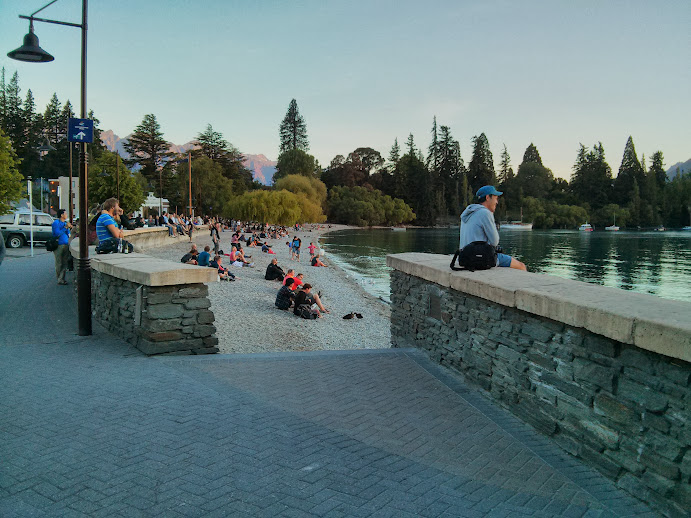 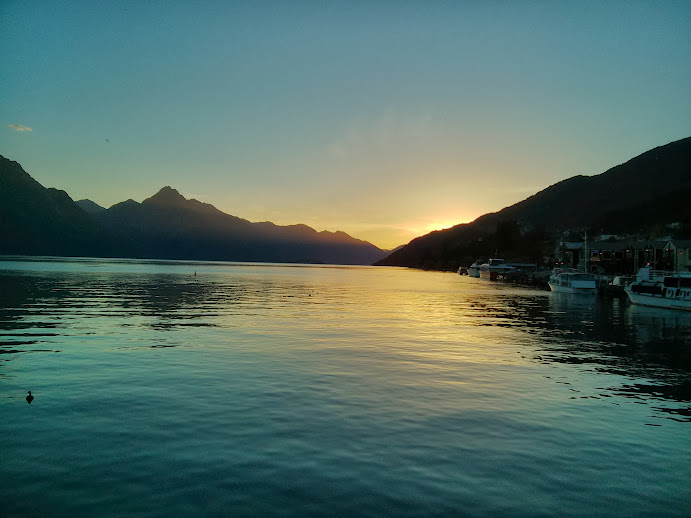 Yoanna is a reader, writer, traveller, concert goer, hiker, drinker, thinker and, of late... a blogger. She's currently doing a lot of travel writing (obviously), but fiction, fantasy and life-writing all have a representative in her portfolio. A reader of varied tastes, she's even been called "strange" for enjoying Stephen King and Terry Pratchett alike. In her pre-teen years, she used to be the kid who'd re-read her favourite books over and over again. Now she knows life is just too short for that. Always reading more than one book at a time, always writing more than one project at a time, she is yet to find her perfect pace. But she's working on it!
View all posts by Yoanna Novakova →
This entry was posted in New Zealand, Travel and tagged #adrenaline, #beer, #brewery, #extremesports, #hitchhiker, #kea, #kiwi, #lake, #newzealand, #queenstown, #southisland, #thechasm. Bookmark the permalink.