There really isn’t much to say about the Moeraki Boulders, except that they are a complete mystery and surprisingly fascinating.

I say “surprisingly” because if someone asks you about your last days in a far away land and you say “I went to see some boulders on a beach” it won’t be met with enthusiasm. I hear the sound of it right now, and I know there’s rocks on almost any beach, but not like these. 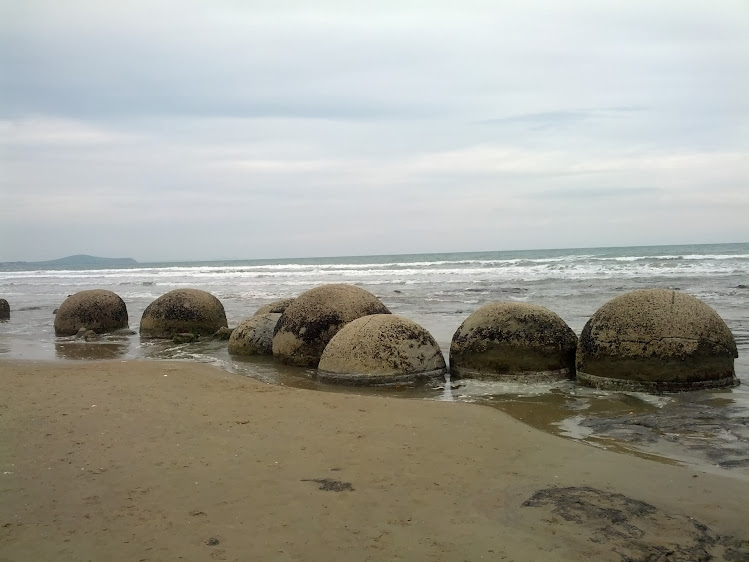 Not only are they perfectly round, but they are huge, weigh several tons each, have a unique core, and – most importantly – nobody knows what they are and how they came to be. Well, they now claim they’re clay concretions, but I say petrified dragon eggs is more likely, just take a look at that: 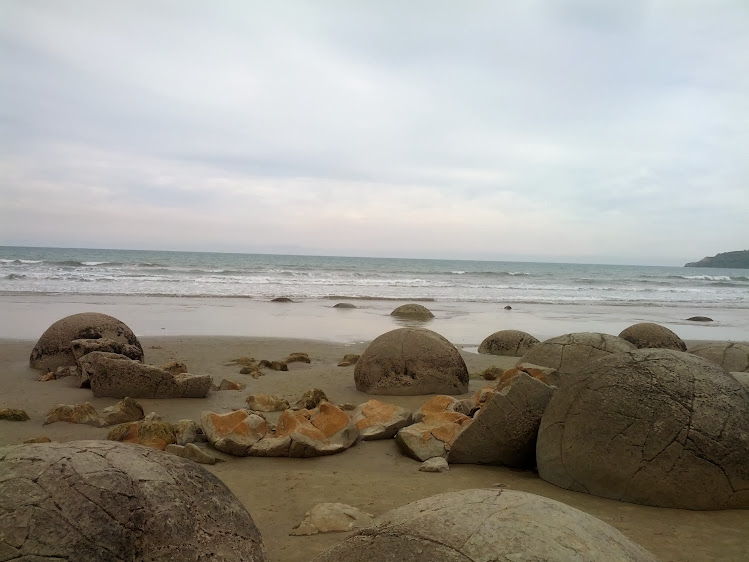 Doesn’t that look freshly hatched?! Be aware, at least one made it and it might be related to Smaug!

No need to panic though, I know locals take real good care of their endemic species and don’t allow foreign elements that can jeopardise their environment, so wherever it is, it’s safe! 🙂

But back to the boulders, all I can say for sure is that I’m glad we took that detour to see them. According to Maori legend the boulders are eel baskets and remains of calabashes that washed ashore after the legendary canoe Araiteuru was wrecked at nearby Shag Point. Some name, huh? Sounds good in Maori too – Matakaea.

I won’t dig for more info on them, because chemical composition is never a thrilling read and also being such a mystery is practically all of their charm 🙂 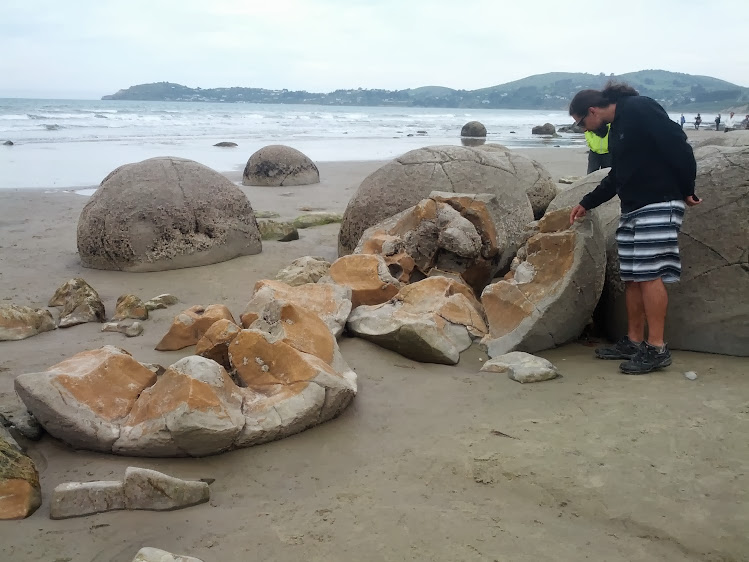 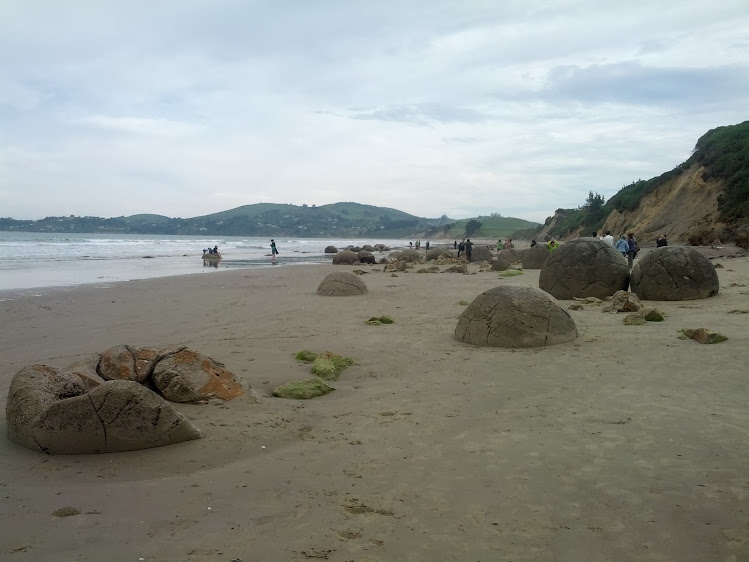 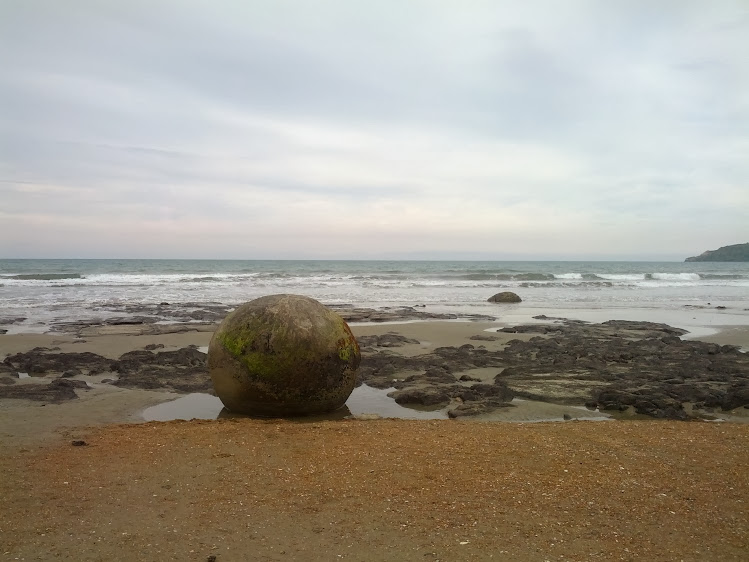 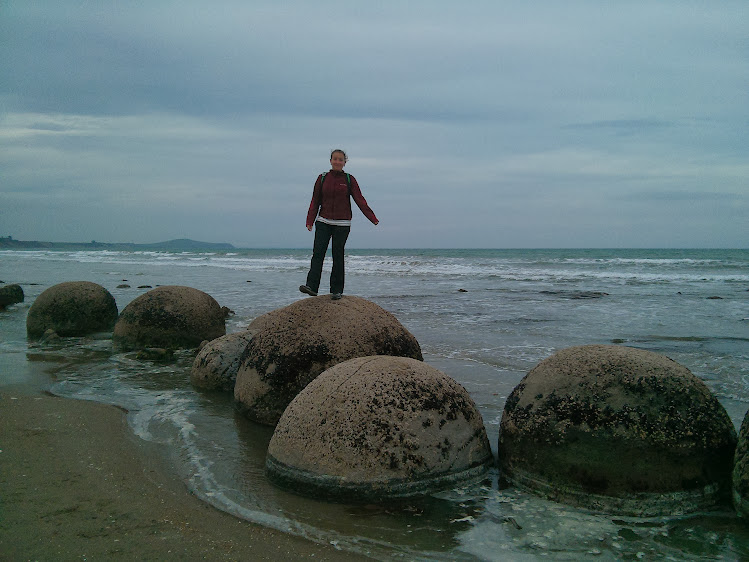 Yoanna is a reader, writer, traveller, concert goer, hiker, drinker, thinker and, of late... a blogger. She's currently doing a lot of travel writing (obviously), but fiction, fantasy and life-writing all have a representative in her portfolio. A reader of varied tastes, she's even been called "strange" for enjoying Stephen King and Terry Pratchett alike. In her pre-teen years, she used to be the kid who'd re-read her favourite books over and over again. Now she knows life is just too short for that. Always reading more than one book at a time, always writing more than one project at a time, she is yet to find her perfect pace. But she's working on it!
View all posts by Yoanna Novakova →
This entry was posted in New Zealand, Travel and tagged #dragons, #maori, #middleearth, #moeraki, #moerakiboulders, #newzealand, #southisland, Travel. Bookmark the permalink.

1 Response to The Boulders